Founded on February 12th, 1913, Bay County is home to seven municipalities, of which, Panama City is the most populous. Adjacent counties include Washington to the north, Jackson to the east, Gulf to the southeast, and Walton County to the west.

Bay County News provides honest and reliable news to the residents of Bay County, Florida. Having cemented itself as a premier news source for the cities of Panama City, Panama City Beach, Lynn Haven, and all surrounding communities, Bay County News is consistently at the forefront of breaking news.

As technology changes so does the way that news is transmitted and communicated. Bay County News prides itself on using cutting edge technology to bring news to its subscribers not only via text, but also through the use of live video and audio streaming. 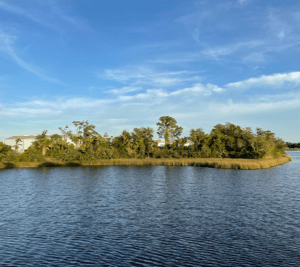 Our office is located near the intersection of Lisenby Avenue and 15th Street. Located in central Panama City, FL we are at the heart of all things happening in the area.

Feel free to stop by our office or to reach out to us via Phone, Email, or our Contact Form.

Prior to then she interned for Oklahoma-based news wire service Gaylord News and for Oklahoma City-based online newspaper NonDoc.com during her four years at the University of Oklahoma, from which she graduated in May with degrees in online journalism and political science.

While at OU, Weitzel was selected as Carnegie-Knight News21 Investigative Fellow among 30 top journalism students from around the country. She also was senior editor managing a 12-person newsroom in coordination with Oklahoma Watch, a non-profit news organization in eastern Oklahoma.

To submit an obituary that you would like to have advertised in The Star of Gulf County, or any of our other publications, please click the button below.

To submit a legal that you would like to have advertised in The Star of Gulf County, or any of our other publications, please click the button below.

To submit a story or images to be considered for publication in The Star of Gulf County, or any of our other publications, please click the button below.